This flower is from a tree in our backyard. The leaves on this tree are huge, and the flowers (to me) look almost like orchids. Unfortunately the flowers don’t last long (so Amber, you better hurry over here with your camera if you want pictures!)
By the way, this picture was taken with my new toy (an extension tube) attached between the 60mm macro and the camera body.

Beyond Bluestockings posted some amazing butterfly photos on her blog yesterday and today, and I promised her, that I would post some of mine. So here they are (a littler later than promised, turned out to be a busy day)… all taken at the Dallas Arboretum last October. 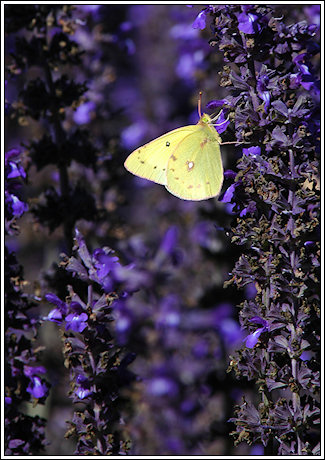 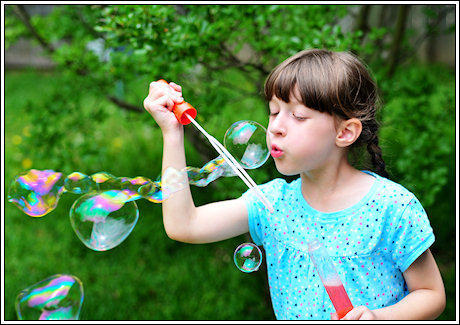 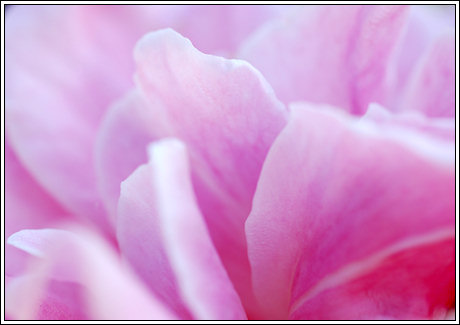 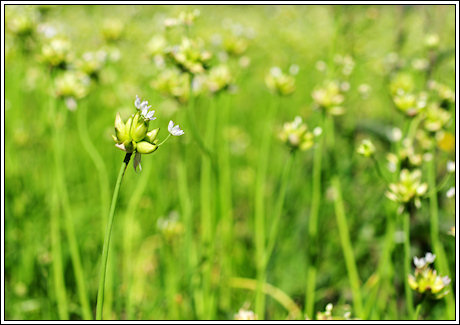 Interview with a 6-year-old

Thanks Doreen for the idea 🙂

Favorite color:  purple and pink
Favorite food:  cupcakes and pizza…. oh, and macaroni & cheese
Favorite sport:  soccer
Favorite hobby:  playing with my sister, and taking pictures
What do you want to be when you grow up:  teacher
Favorite memory:  playing at the waterpark
Best friend:  Joey and Aiden
Best feature:  uhhh, I don’t know
Boyfriend:  Joey and Aiden
What college do you want to go to:  I don’t know
Major in college:  all kinds a stuff…. sports
Favorite subject:  gym
Favorite movie:  Harry Potter
Favorite TV show:  Spongebob and Avatar. And Dora, and Go Diego Go
Favorite vacation: San Antonio
Most embarrassing moment:  uhhh… I don’t know
Where do you want to live when you grow up:  Texas, so I can visit you and Daddy
Favorite band/singer:  me
Favorite book:  Mouse Soup
Favorite song:  Rain, Rain, Go Away
If you could have one wish come true, what would it be:  that I could give my mom and dad a million kisses in the day. And hugs! And snuggles!

Plans for today…. drop off cupcakes at school to share with her class. Then she’ll probably want to open presents as soon as Melissa is home from school, and daddy is home from work. She keeps changing her mind about where she wants to go for dinner, either CiCi’s, TwoRows Classic Grill, or Chuck E. Cheese. Strangely all three places have pizza on the menu! I have a feeling we’ll end up at Chuck E. Cheese, though.
Tomorrow is her birthday party. She’s celebrating with her soccer team and Elle (Amber’s daughter) at the rollerskating place we went to last year as well.

I say Daddy better start sharpening his knives for when those boys come knocking on the door!!

(Yes, she’s a goof, wearing three head bands at the same time, but these are really cool because they change color in the sun. Indoors they’re white)

Found a little treasure in my garden… 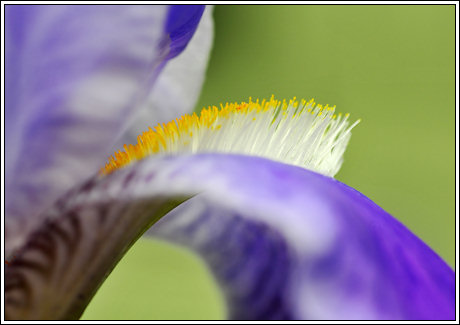 Green – fitting for Earth Day
Yes, it was on and I was listening to the music when I took this picture. My new itty-bitty little toy (small enough to hide from the kids, who want one, too! Melissa is especially jealous!)
The color choice was difficult. I loved them all! Couldn’t get the pink, because then Melissa would have snatched it for sure (her favorite color), blue would have been next on the list. The safest would have probably been silver (pretty for mom, boring for the kids), but I went with green because it’s bright and fun, and one of my favorite colors….and very photogenic 😉 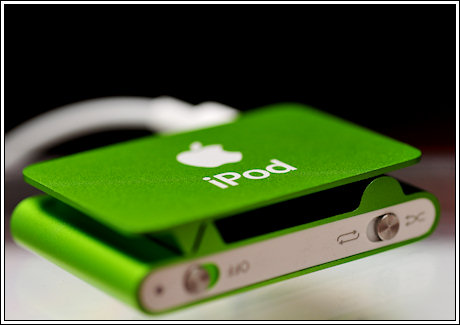 Sonething must have scared the color out of this one! 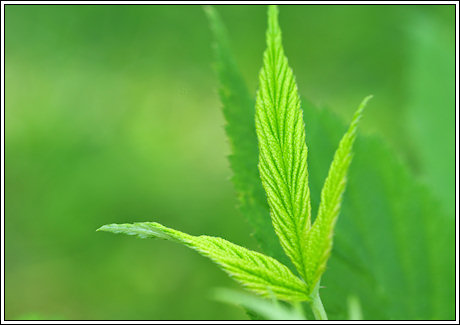 Does anyone have one? Do you like it? Pros, cons?
I’m thinking of getting one for myself, because it’s just too darn boring when I have to go walking all by myself.
I like the price, too….. I don’t need any of the more expensive ones.

Got these for Easter from my honey. Too bad they’re non-alcoholic ! They were still good… just not as good as they could have been!
(Now if this was Germany, they would have been filled with the real stuff!!) 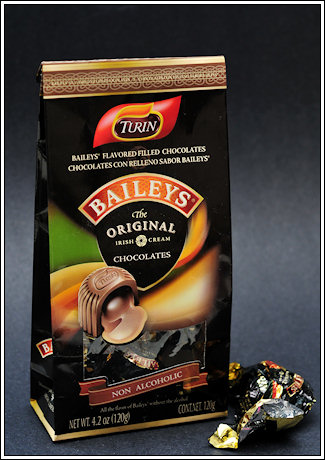 Can you believe it?! Greg started… and finished… a project!!
Last Saturday he bought a raspberry, blackberry, and blueberry plant at Lowe’s, to plant in our yard. He wanted to build a little garden for them. He planned on doing that on Sunday, but then we heard on the radio that it was supposed to rain on Saturday. That meant he had to get started NOW! So after lunch we made a trip to Home Depot and bought the blocks for the retaining wall. Greg figured out that we needed 36 and wanted to get them all at once. I wasn’t so sure that we could fit them all in the back of the Rogue, not to mention all the weight back there! Those things weighed 22lbs each! By the time we had 20 blocks loaded onto the cart I had him talked into making two trips. Home Depot is only about a mile from our house, so why not, right?
We loaded them all into my car, went home and unloaded, and then went back for the remaining 16. Then Greg dug up the grass and built the wall before calling it a day (never did clean the grill like he had planned 😉 )
Sunday morning we went to Wal-Mart and picked up some potting soil while we were there, and Greg finished the little garden, although he did have to go back to get more potting soil.
Only thing, I wish the blocks were off-set, but that was hard to do, since he would have had to break one in half, and he didn’t have anything to do that with.
One project – started and finished! I’m almost impressed! Now if only he could finish a few more of the projects that he started over the years…

I have to admit, I never would have bought these myself, because they just didn’t sound all that appealing. I got these in the mail from a friend as a thank you a few weeks back.
They tasted much better than I thought! Not that I got to eat very many of them, because the kids ate most of them 🙂

The kids found this little squirrel hanging on to the screen of our living room window last Saturday. It was the funniest thing! He stayed there for hours and finally climbed off the screen, and off the front porch around 8:30pm that night. 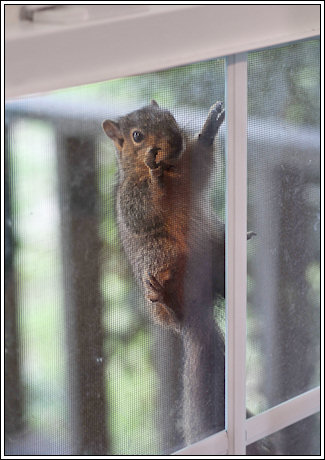 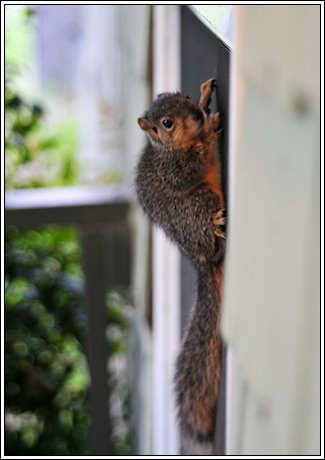 …On Bluebonnet Hill!
Now that I have that song (with slightly altered lyrics) stuck in my head, I thought I’d share so you all can get it stuck in your heads, too (you’re welcome!)

Melissa putting my old D70s to good use. 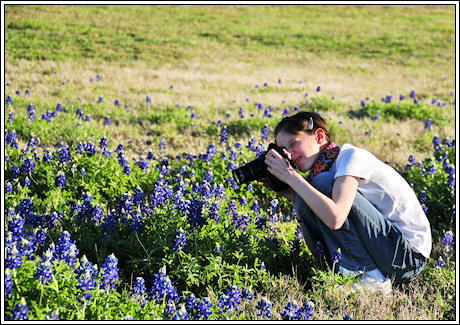 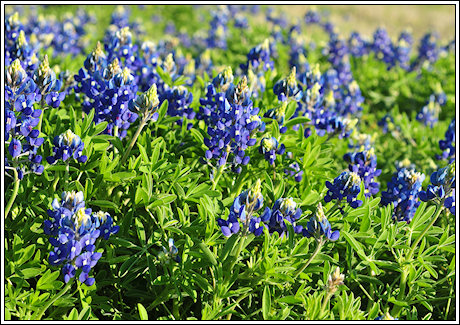 We didn’t just walk out of Lowe’s with a couple of birdhouses and a baggie of bird seed on Saturday. Greg bought a raspberry, blackberry, and blueberry plant to put in our future garden (does this not scream of a project to start and never finish, just like every other project that Greg starts? I bet some of you are wondering if he even started this project, and if he did, how far he got! I won’t tell…..yet! Stay tuned!)

They’re not quite blueberries yet

We took the girls to the Build & Grow clinic at Lowe’s on Saturday, since we didn’t have a soccer game that day, and we had nothing else planned. It was the second time that we went, and they got to build a bird house this time.
When they finished, one of the Lowe’s employees even gave them some bird seed. He was going to fill it into the little bird feeder on the front of the birdhouse, but come on, what kind of stupid idea is that?! The kids are going to spill the bird seed all over the car on the way home!  Thankfully one of the bags that the birdhouse kits came in, was still in good shape, and I had him put the bird seed into the bag.
(Sorry for the picture overload…. well… not really 😉 )

Hmmm… which finger should I smack with the hammer?

Casualties (Sara hit these just a little too hard!)

Announcing a brand new blog! (Yeah, just what you needed… another blog to add to your list!)

This one is special, because you get to see what Amber and I are up to when we get together. We will both be posting on this blog (but she’s a slacker, so….). It won’t be a daily one, but hopefully a once-or-twice-a-week one. And I’ve convinced Amber to keep it G-rated for certain younger readers. Wouldn’t want her to post those pictures she took of me the other day (don’t get all excited, I was just showing her what was next to my ring finger 😉 )

Come check it out!  Weird and Crazy 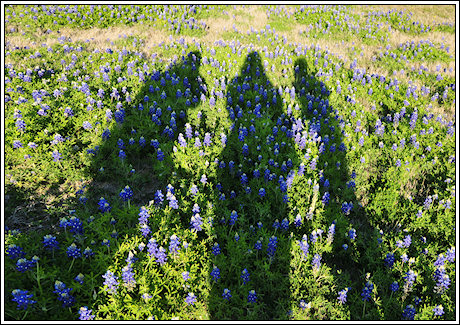 That’s Amber on the left, me in the middle (silly me didn’t think to put the camera bag down!), and SkinnyMinnieMellie on the left.
Check out Amber’s and Melissa’s version of this pic!