Yesterday evening was the Junior Highschool Academic Awards Ceremony, and Melissa received three awards!
The second picture is a copy of the PowerPoint slide, that I had to request. Their timing at the awards was a bit off, and Melissa’s name only stayed up for a second or two, before they switched to the next person. Not long enough for me to take a picture.
We’re very proud of her! Her name was also mentioned on the local newspaper’s website (and possibly in the newspaper itself, too) because she made A-honor roll those last six weeks. And there was an article about Eco-Defenders Club in a local magazine, along with a picture of Melissa, her teacher, and several other club members.
(A little about Eco-Defender’s Club: Eco-Defenders science club finished their fundraisers for the year, and are proud to announce that they successfully saved 17 acres of the rainforest in Madagascar. We will continue to raise awareness this year and spread the word about saving the Earth.) 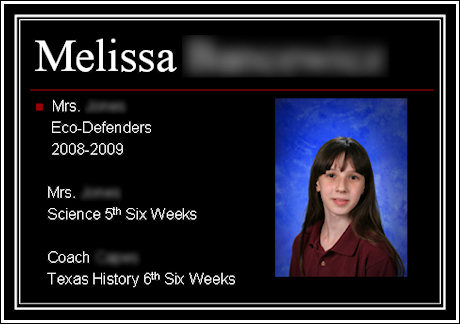 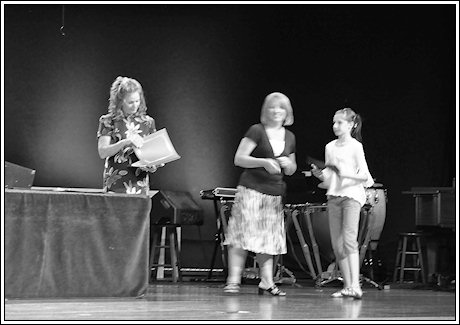