Greg took the day off on Friday and we bought the girls bicycles. They knew they were getting them soon, but they didn’t know that the bikes would be waiting for them after school.
Melissa used to have a bike when she was about Sara’s age, but when she outgrew it and refused to ride a new one without training wheels, we never got her another bike – until now. We headed out to a quiet street in our neighborhood after dinner on Friday and Greg got to teach Melissa to ride a bike. He had to hold on to her the entire time, or she would have instantly fallen over.
Yesterday Greg took the kids out to ride the bikes again, and this time Melissa was able to ride on her own for a few seconds. A few more practice days and she’ll be a pro!
(And yes, Greg wears his Halloween shirt even when it’s not Halloween!) 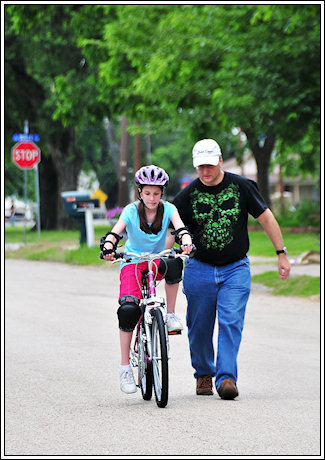 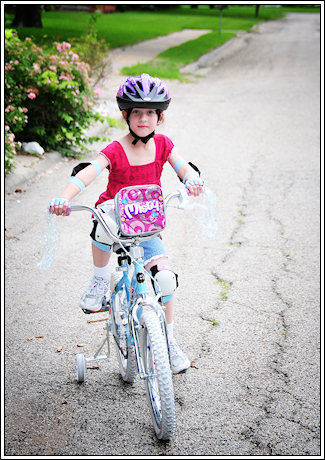 This entry was posted on 25. May, 2009 by TheDailyClick. It was filed under May and was tagged with Bicycle, Photography, Riding a Bike.