Prepare yourself for lots of vacation posts! 😉

We left on June 25th, a day earlier than originally planned. Pulled away from the curb (since we don’t have a driveway) right at 3 pm and thanks to my speed demon (yes, that’s 90mph) we made it to Joplin, Missouri by about 9:30 pm. This was on the turnpike, where the speed limit is 75, but still! 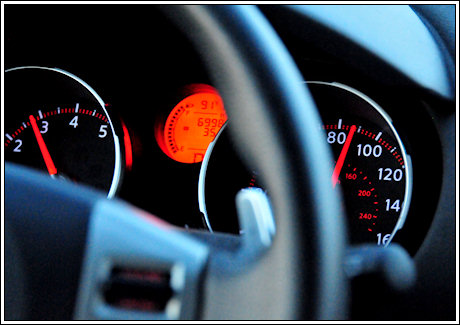 We got up early on June 26 and continued on our drive. Sitting in the car all day is pretty boring, and most of the time there isn’t much to take pictures of, unless of course the sunrise is as beautiful as this.

Since we left a day early, we had time to stop at a couple of wineries on the way. First, St. James Winery in St. James, Missouri, and then Augusta Winery in Augusta, Missouri, near St. Louis.

And, while in St. Louis, we had to stop at Ted Drewes Frozen Custard and get a little treat. (But even that didn’t make the kids cooperate any more than usual)

We met up with the boys and Nikki for dinner and later in the evening, they all came to the hotel in Merrillville, Indiana, to hang out for a while. It was so nice to finally meet Nikki (she and Cameron got married last October). She’s a very sweet girl, and Sara just adores her!

On June 27th we all met up at the hotel and then headed to Deep River Waterpark and spent most of the day there. I left my camera safely hidden in the car, so there are no waterpark pictures to share. Everyone had a great time, though, but the next day Cameron was very sorry he didn’t put any sunscreen on, even though I tried to talk him into it several times. He ended up with a severe sunburn, especially on his back and shoulders. He was miserable! (Next time I will put my foot down and treat him like a 3-year-old and make him put sunblock on!)
Before we went to the waterpark, Sara and I went downstairs with our cameras to take pictures of the flowers while we waited for the “big kids” to get there. 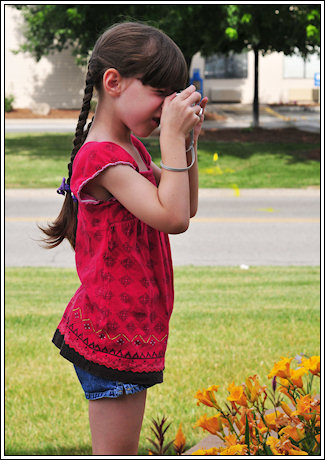 This entry was posted on 26. July, 2009 by TheDailyClick. It was filed under July and was tagged with Car, Photographer, Photography, Speed, St. James Winery, Sunset, Ted Drewes Frozen Custard, Winery.