At the Plano Balloon Festival a couple of weeks ago, Sara said that she wished she had a better camera than the little point & shoot. She was getting a little frustrated with it because everything was so far away, and when it got too dark, the pictures didn’t turn out well at all.
The following week-end, on a boring Sunday, I asked her if she wanted to go to her school and take some pictures with Melissa’s Nikon D70s (we didn’t tell her, and I just said I needed to borrow her camera. She didn’t want to go anyway).
So off to the school we went, for some FUN! Sara never even complained about the heat!
I switched the camera to Auto mode for her so she could just snap away without having to worry about constantly changing the settings, depending on which way she was facing, and it probably would have been a little too overwhelming for her to remember. And besides, this little outing was more about having fun, than learning something new.

First, I took a picture of her…. 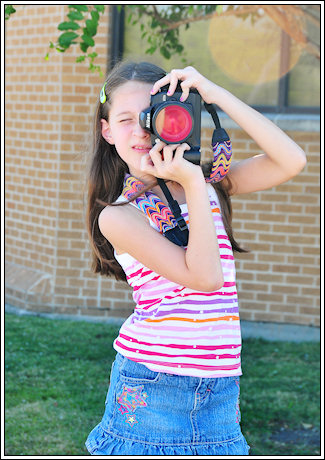 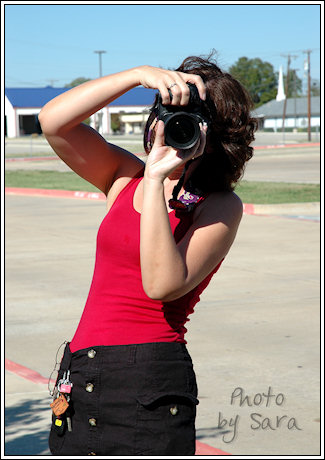 Then a fun little mother-daughter reflection portrait (hers turned out too blurry, unfortunately) 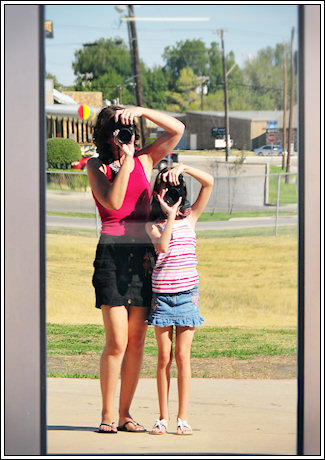 The shadow picture was her idea. While editing, I added the same texture to both. 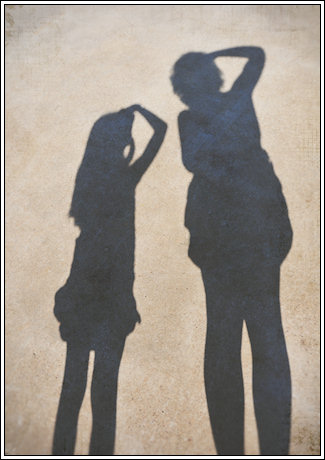 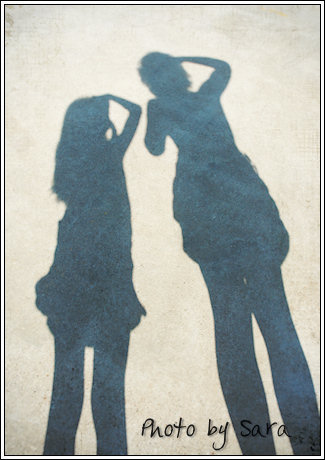 This entry was posted on 29. September, 2011 by TheDailyClick. It was filed under September and was tagged with Photographer, Photography, Portrait, Self Portrait, Shadow, Shadows.