Since upgrading to the iPhone 5s I’ve been letting Sara borrow my old iPhone 4s and olloclip to take pictures. We made it to the Dallas Arboretum twice during spring break, and she had a blast! She brought her Kodak Easyshare the first time, and did take some pictures with it, but then she put it into her backpack and just took pictures with my old iPhone. The second time we went, she never even brought her camera 😉 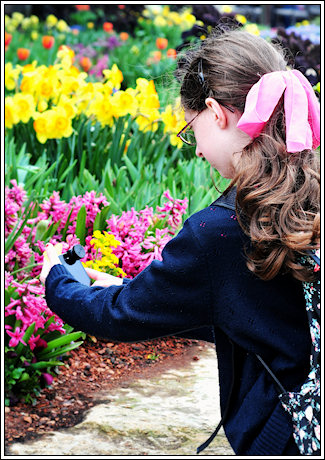 This entry was posted on 25. March, 2014 by TheDailyClick. It was filed under March and was tagged with Dallas Arboretum, Flowers, iPhone, iPhonographer, Nature, Olloclip, Photography, TheDailyClick.