There’s a bit of a story to go along with this shot, because it’s not the one I intended to post. This isn’t even the original photo, but a iPhone shot of the LCD display of my camera that I sent to show a friend.
I transferred the original from the memory card to my pc, edited it, and saved it to my post-it-on-the-blog-someday folder. Then, out of boredom I decided to play with the iPhone shot, edited it in Snapseed ….and ended up liking it better than the original edited photo. 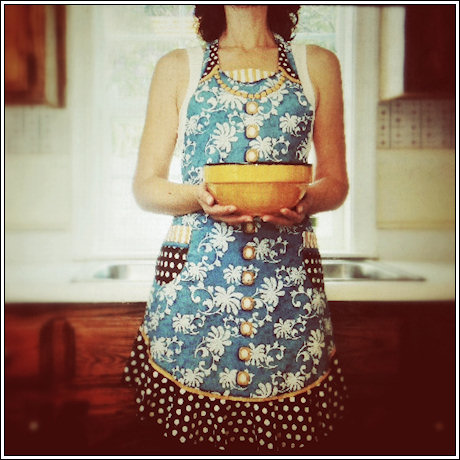 You may remember our little Thanksgiving adventure…. well, today’s little adventure actually started because of that Thanksgiving adventure.
Greg planned to fry the turkey then, but because it was very windy outside, decided that it would be safer to roast the turkey instead. The oil could wait until Christmas, and we’d fry a turkey then. Of course Greg can’t just use plain ol’ canola oil, nope, he has to flavor it with fresh rosemary, chopped garlic, and who knows what else. That oil was such a pretty green from the fresh herbs he put in! 😉
He did NOT brine the turkey this year, and it stayed in the refrigerator until this morning, and he injected it with some kind of concoction he cooked up instead. This afternoon, he set up the turkey fryer, measured how much oil he would need… everything went well, BUT…. it always has to be something! Right? This IS Greg, and he likes to experiment while he’s cooking.
He adds the oil into the pot to heat it, and then after a while he comes into the kitchen, where I was busy making mashed potatoes, and says
“I need your opinion”
“On what?”
“The oil”
Took what seemed like forever to get him to tell me what was going on with the oil, I was NOT going to stop what I was doing to go outside!
“It doesn’t smell good”
“Doesn’t smell good how? Like it went bad?”
“Yes… but I thought after it’s been cooking, it would get better”
“Then why take any chances??!!”
So outside he went, to dump out the oil, and then off to the store to get more. At least he didn’t put the turkey in first and then decide that something doesn’t seem right!
What do you think, does he find ways to mess up the turkey on purpose so I will tell him to just leave it ALL up to me? That’s just NOT going to happen. I have no problem sitting down and just eating mashed potatoes, stuffing, vegetables, and dinner rolls. No problem at all!

Right now, the fresh, non-flavored oil is heating up, and hopefully I won’t have to come back and update this little story. Although I might go outside and take a picture to add later.

Happy Thanksgiving!
Hope everyone had a wonderful day with their loved ones, and a delicious Thanksgiving dinner!

It was just the four of us, and of course the turkey cooking did not go without a mishap or two.  The plan was to brine the turkey and deep fry it, and all was well at first. Greg wanted to put the turkey in the brine on Sunday, but I talked him into waiting until Tuesday morning.  We have this big orange 5-gallon cooler that we use just for brining turkeys. Greg put the turkey in the cooler, added the brine, and then some ice on top, that he decided to put in Ziploc bags this year, so the brine wouldn’t get watered down too much. Not sure if he checked the ice during the day… the cooler was in the kitchen during the day, and then Greg put it on the back porch late Tuesday afternoon/early evening. After we went to bed, I asked him if he checked the ice, and he said no. Did he get out of bed and check? Nope.
Wednesday morning he brings the cooler back into the house and minutes later tells me that the brine felt cold but the ice was completely melted (Should have listened to me, right?), and he was worried. I suggested checking the temperature of the brine, and it turned out to be around 54 F…. not safe in my opinion… and we ended up throwing the turkey away to be on the safe side, and buying another one.
This one stayed in the refrigerator until it was time to cook it. No brining this one! The plan was still to deep-fry it, but the weather decided not to play along. Wednesday afternoon at 4pm it was 84 F and just twenty-four hours later it was only 42 F, cloudy, drizzly and windy, with temperatures expected to drop below freezing by Friday morning.
Greg made an herb butter and roasted the turkey in the oven. All went well at first, when a couple of hours into roasting, I hear some cursing coming from the kitchen. The oven had been turned off!! It most likely happened when the timer went off, to remind Greg to baste the turkey, and instead of leaving it alone, he pressed the Cancel button, which not only made the timer “END” display disappear (it would have disappeared on its own), but turned the oven off as well! And of course he didn’t realize that until the time went off again!
But, in the end, the turkey turned out delicious! No mishaps to report with the side dishes that I cooked. I made pumpkin bread for dessert, but everyone was too stuffed after dinner, to eat dessert. Guess that can be breakfast tomorrow… 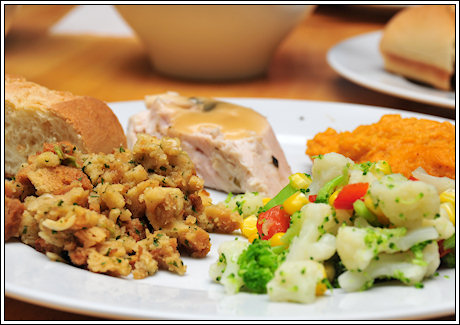 If you’re wondering how I could post turkey pictures in the morning, we’ve had our Thanksgiving dinner on Saturday so Melissa could actually enjoy it. It’s one of her favorite holidays because of all the yummy food.

Of course cooking the turkey didn’t go as planned. Greg is in charge of the turkey and I’m in charge of all the sides and dessert (all of those turned out great!). Greg bought a 19.5-pound turkey and cooked it in the oven this year. He even left the pop-up timer in this year. Well, it popped up a whole hour before it was supposed to be done! Greg checked the temperature with a meat thermometer and it seemed right, so he took the bird out of the oven and let it rest while I prepared the side dishes.
When it was time to carve, he realized that the turkey was far from done! He suggested carving it and finish cooking it in the microwave (eewww!!) but I insisted he put it back in the oven.
This time he left it in too long and it came out a bit dry, but I prefer a dry turkey to an undercooked one any day. And it’s perfect for turkey salad 😉
I think the problem was that Greg didn’t take out the extra rack and didn’t have the turkey on the lowest rack in the oven. In the end, we took this as a sign that he shouldn’t roast anymore turkeys and just stick to deep-frying them.

Several weeks ago, Greg thought it would be nice to have a fried turkey for dinner. He’s fried them before, and they always turned out delicious.  So he buys the turkey, puts it in the brine for a couple of days, and then sets up the turkey fryer in the back yard – far away from the house, “just in case”. When the oil was hot enough, he puts the turkey in… the oil temperature drops, which is normal, but then it won’t go back up! Seems that the propane tank might be empty?? What to do now?! He decides to bring it inside and finish frying it on the stove! Of course I have to help him, haul that huge HEAVY pot into the house, and we can’t just walk through the back yard and use the back door, that leads straight into the kitchen. Nope, that door is stuck and won’t open without a sledge hammer. We have to walk around the front and use the front door, which means walking twice as far, and having to walk through the living room and dining room to get into the kitchen…hoping we don’t spill that nice hot oil and send that turkey sliding right into he computer room! All goes well and we got the pot safely into the kitchen and on the stove, although I was a little worried about the stove collapsing under all that weight.  Frying took a little longer on the stove, because the temp didn’t get quite as high as it should, but the turkey tasted delicious!

Today, on Thanksgiving, the plan is to fry the turkey… let’s hope everything goes off without a hitch this time. I need the stove to cook the side dishes! 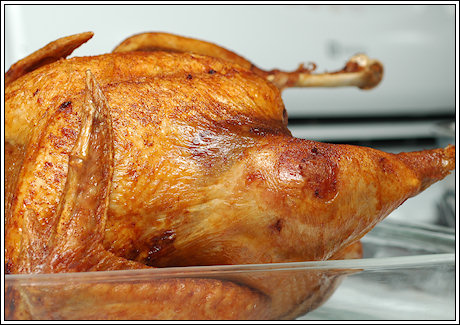 ** Check back later today for a little bonus post 🙂