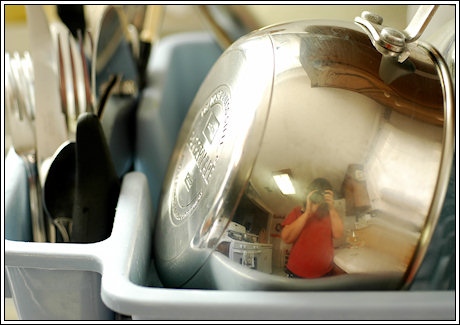 Did anyone else go to IKEA’s “Seize The Day” sale? On Tuesday they had these dishes on sale for just $9.99 (for 18 pieces!). You had to have a coupon – which they were handing out right just inside the entrance doors – in order to get a set, and it was only one set per customer. But thanks to Amber’s help, I got to snag two sets.

And, since the name of these dishes is 365+1 it’s only fitting that they end up on my blog 😉 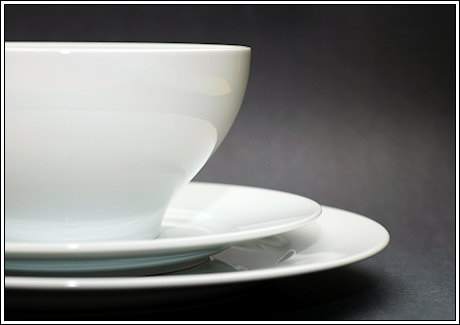 And he knows it, too!

In this house, whoever cooks, does the dishes. Sounds fair, right? Especially if you’re not the one cooking most of the time. Well Greg made potato soup (http://thedailyclicksmondaymeals.wordpress.com/2008/02/26/nordic-potato-soup-with-ham/) on Monday. He had my help, but that’s beside the point. He was going on and an how HE was going to make the soup, and how he was glad that he worked from home that day so HE could cook.  There really weren’t a lot of dishes… a cutting board or two, knives, the crockpot, four bowls, spoons, and a fork, because Melissa likes to mash her potatoes in the soup, and the serving spoon. Maybe a few more things from breakfast and lunch. But of course Greg ignored the dishes that night…. and Tuesday night… and Wednesday night… and Thursday night, too. They started piling up in the sink and I already had to wash a few of them so I could use them, and we were slowly running out of silverware. Then Friday I finally couldn’t stand to look at the pile of dishes in and around the sink anymore, and broke down and did them. Grrrr!!!! But he owed me. BIG!

Greg did take us out to dinner yesterday evening (which was planned a few days before) and I told him that he owed me for those dishes. Would you believe that he thought that taking me out to dinner made up for ignoring the dishes for a week??? Um, I don’t think so! Only doing the dishes makes up for NOT doing the dishes. He thought he could defend himself by saying that they weren’t all his dishes…. well, they would have been if he had washed them right away! We’ll see how long he’s going to ignore them this time. And I WILL let them pile up this time and refuse to do them. He might have to take us out to dinner again, but not to make up for not doing the dishes, but because we will be out of clean dishes and I will refuse to wash them so I can cook dinner 😉

I told him yesterday that I took pictures and will blog them if I have to. He said “go ahead”! So here ya go….

This was taken after I did some of the dishes. Notice the double sink still full of dishes. 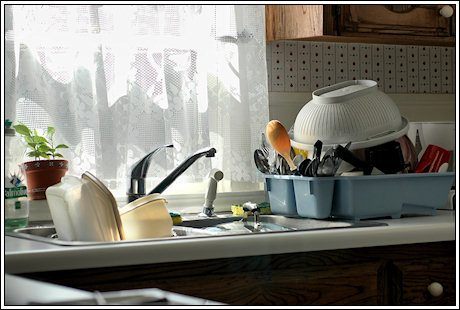