Just a few of the flowers at the Cockrell Butterfly Center in Houston. 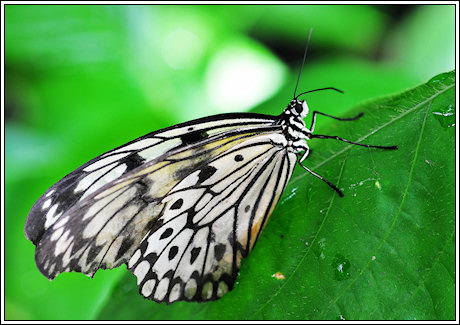 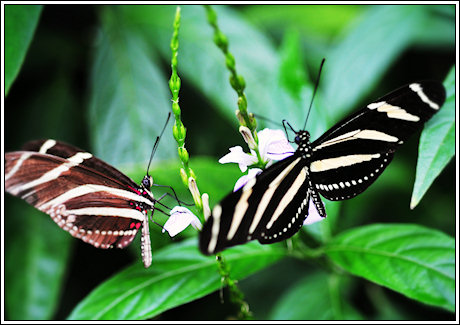 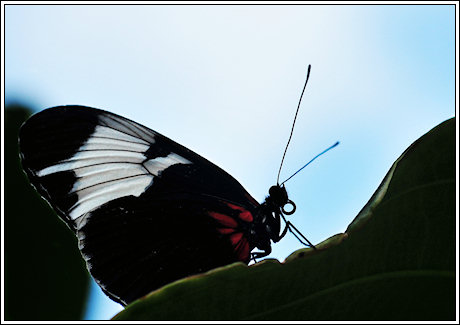 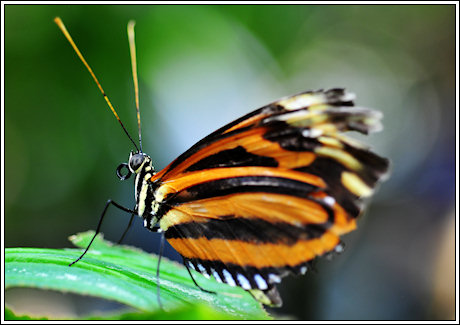 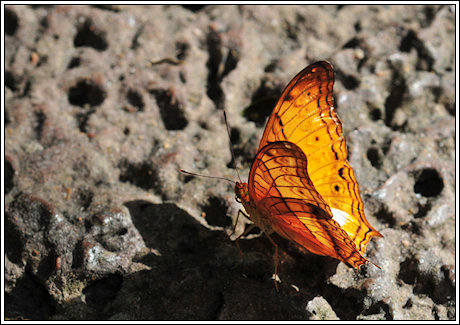 The Cockrell Butterfly Center is part of the Houston Museum of Natural Science, and one of our destinations during our recent Houston trip.
Warning… lots of butterflies scheduled here on the blog this week 😉

Kind of a stupid name if you ask me, because “Kugel” is the German word for “ball” 😉
This cool little find with the stupid name is in front of the Houston Museum of Natural Science.

Don’t you hate these rude people who can see that you’re taking pictures, but get into your shot anyway?? 😉 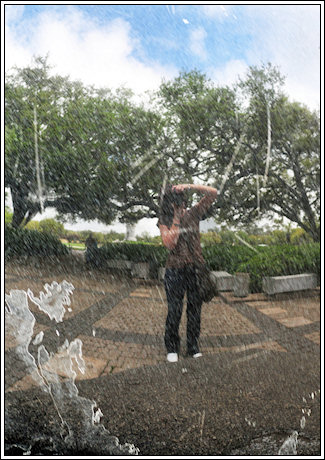 We spent a few days of spring break in the Houston/Galveston area, and heading into Houston one morning, to spend some time in the city, it looked so pretty with the low clouds and illuminated by the sun. 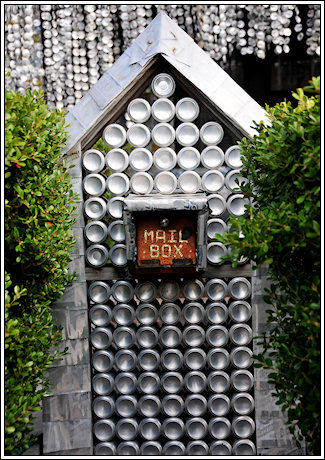 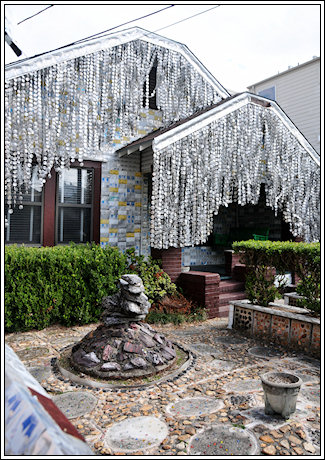 Back of the house. The “lemon tree” was made by John Milkovisch’s wife, Mary.

After the Water Wall and lunch, we made our way to the Beer Can House. That place is really something! A small admission will give you access to the inside of the house, but unfortunately there was no photography allowed. There are plenty of photo ops around the outside of the house, though. 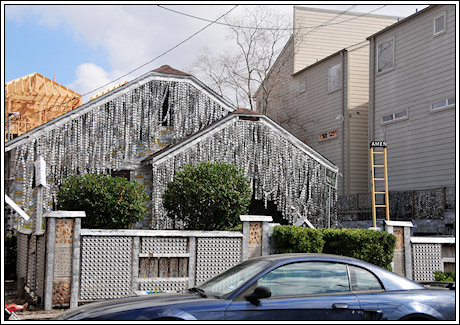 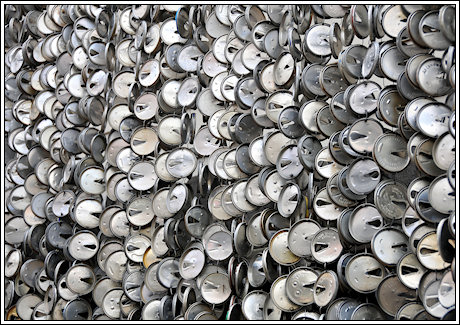 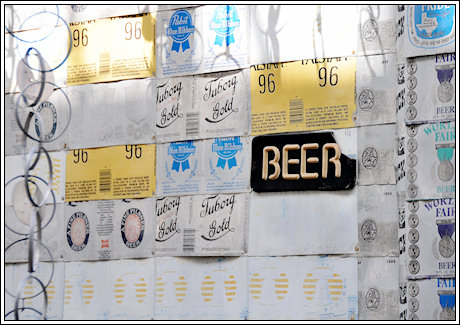 Marbles embedded in the ground behind the house 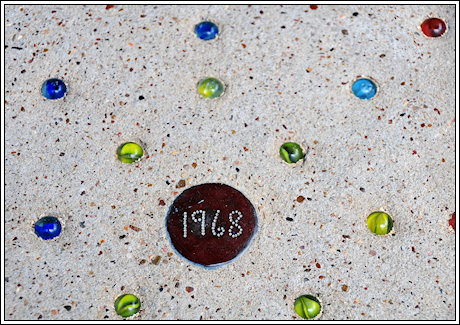 See the shape of Texas? I didn’t notice it until I edited the picture.

Racing in front of Williams Tower in Houston 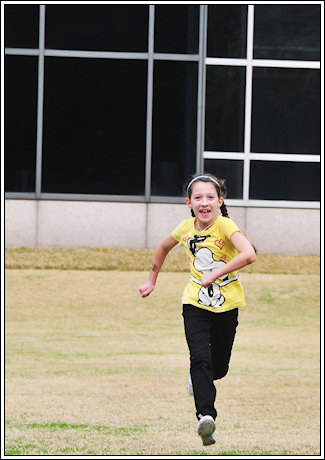 Greg and the girls decided to get some exercise and have some races in front of Williams Tower in Houston.

Sara, getting ready to run

Still at the Water Wall in Houston. I don’t know who these people are, but they were acting really strange 😉
Cooperation at its finest! (Or not!)

A few more shots from the Water Wall in Houston.

One of my favorite shots from this trip

Wish they wouldn’t look so happy all the time 😉 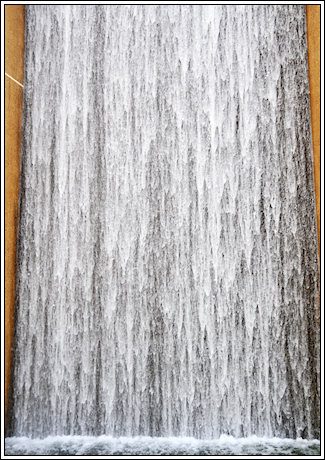 Williams Tower, across from the Water Wall

Before our little week-end getaway, I spent some time looking through Houston’s website to find free or inexpensive things to do. One of those things was the Water Wall. 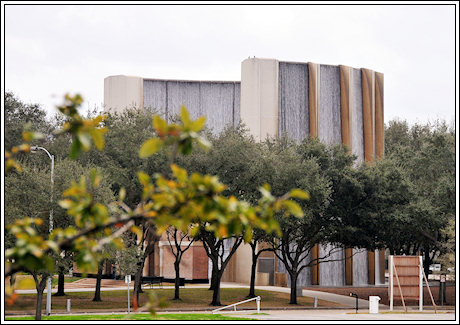 For Greg and Sara it was the crabs we bought in Kemah that afternoon. Melissa and I had a burrito from Freebirds World Burrito. 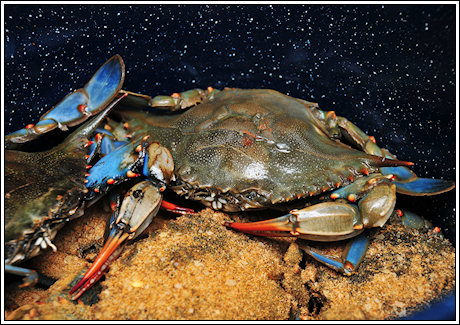 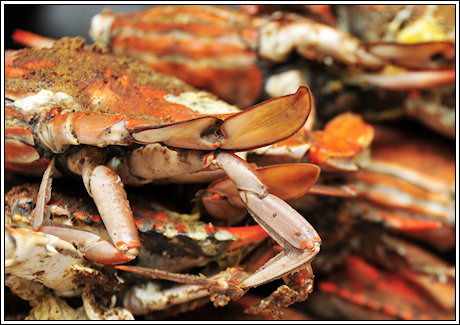 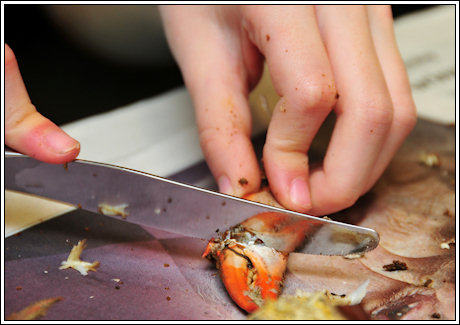 The kids were off for President’s Day last Monday, Greg took the day off from work, and we escaped for the long week-end.

While in the Houston area last month, we went to visit my boy friends, Ben and Jerry (shhh, don’t tell Greg! 😉 ).

The Johnson Space Center in Houston has some great mirrors. They show no distortion whatsoever! Nope, none at all!
(But please remember that the camera adds 10 pounds!) 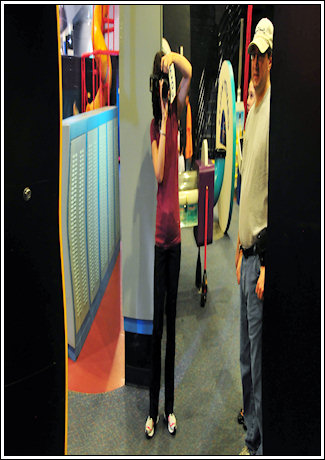 Of course NASA would pick nothing but the best!

Nikon F  This camera was used to familiarize Apollo astronauts with the use and function of the Nikon F. This off-the-shelf camera was used inside the Apollo spacecraft for photo documentation of mission events. 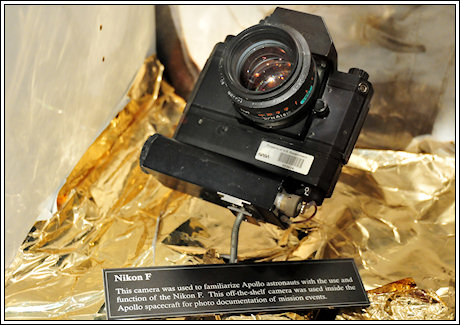 On the way back home, Houston was a little foggy. 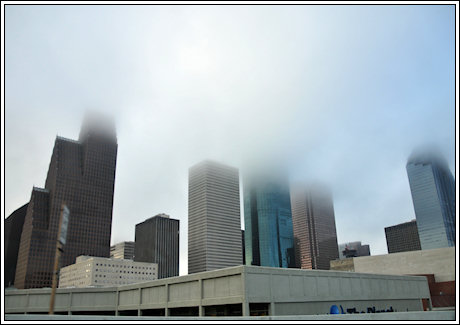 More from our day at the Space Center in Houston 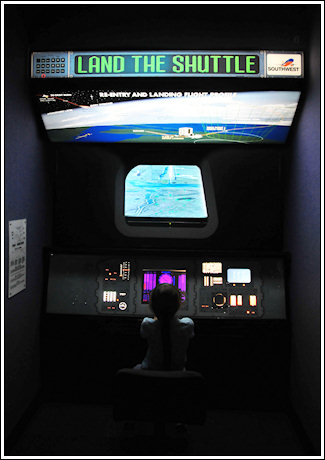 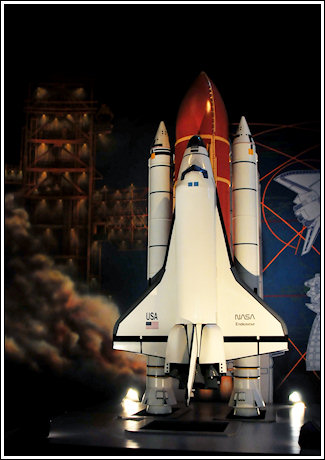 A must-see during our recent getaway to the Houston area was the Space Center. Last time we were in the Houston area we made it all the way to the entrance and decided to skip it because of the looooong lines. This time wasn’t nearly as crowded.
We spent about 5 hours there and didn’t get to see it all. Unfortunately we missed the tram tour. We stood in line for a while and then it started pouring… and I really didn’t want my camera to get wet, so we went back inside and had more fun there. The kids had a blast, too (no pun intended 😉 )
Sorry about the picture overload, even though I’m breaking this up into two posts. When I was little, I wanted to be an astonaut, you know? (Any of you facebook friends who take my how well do you know me test, should at least get this one question right!)

Sara’s favorite place to play. She didn’t want to leave!

Inside the Space Shuttle