Found this on display at a wine store at the Mall of America.
Not sure though… is that the antidote, or is that what you turn into when you drink it?
Same with the bottle next to it…. is that for dad to drink on his day off, or will he need the next day off after popping the cork? 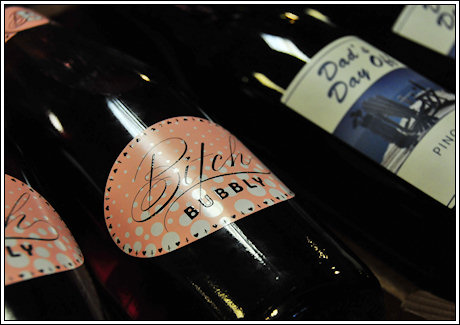 Monday, August 16th, we went to the Mall of America. We went early and got there right around the time they opened, and were able to get a pretty good parking spot, too. It’s best to write down where you park, because it’s not just remembering A2 or C5, nope, there’s a lot more to it. We were parked in P4 West Arizona, 14 Aisle C…. which is somewhere around Macy’s. I think it was the second floor.
That place is huge, though!! You’ve all seen the big malls with the circle (road) around the outside of the parking lot. Well, the Mall of America has stop lights in that circle!

From one of the travel brochures we picked up:
With more than 500 stores and 4.3 miles of storefronts, it would take 86 hours to visit each store in Mall of America, if you spent 10 minutes in each. The mall attracts more than 40 million visitors annually. The four-story mall features four anchoring department stores: Macy’s, Bloomingdale’s, Nordstrom and Sears.
The mall has 50 restaurants and two food courts. Attractions include Nickelodeon Universe (theme park), Underwater Adventures Aquarium, Lego Imagination Center, and several movie theaters.

We spent a whole 5 hours in the mall. Greg was a little disappointed: it’s just a mall! Well yeah, what did you think it would be??
We had planned on leaving the mall around lunch time and going to one of the diners, but then changed our mind and ate lunch at the food court. Didn’t want to give up our good parking space 😉 That still left us with one DDD diner on our list to try for dinner. 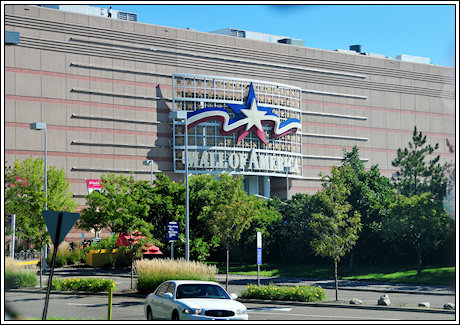 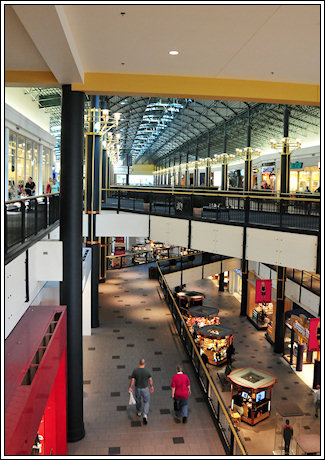 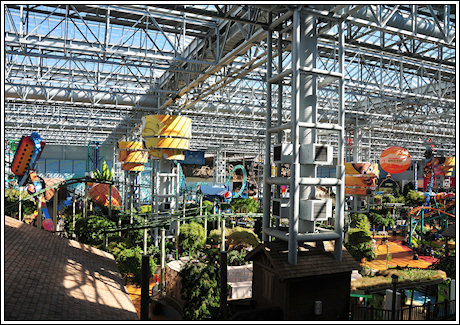 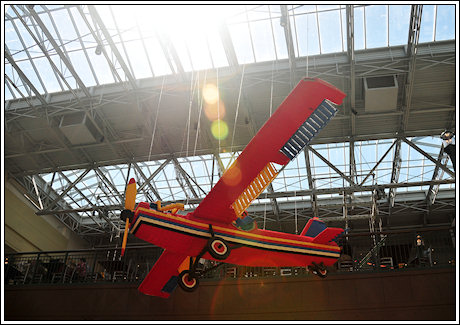