Next stop on our vacation was Memphis, Tennessee, on Tuesday, July 7, 2009. We got there around lunch time and out of the many restaurants featured on Diners, Drive-ins & Dives, we decided on Leonard’s BBQ. They had great food, and we ate way too much of it! 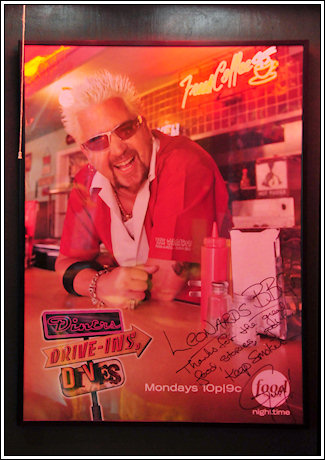 What’s a trip through Memphis without at driving past Graceland! Yup, that’s Graceland hidden behind those trees somewhere. I tried to get a picture of the gates, but a tour bus was blocking them. I would have loved to take a tour, but none of the brochures we found mentioned anything about how much it would cost (didn’t want the poor tourists dropping dead from sticker shock?) so we decided to skip it. 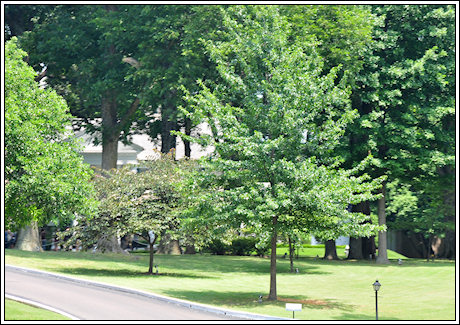 We did see Elvis at the visitor’s center near Mud Island… behind him was B.B. King. 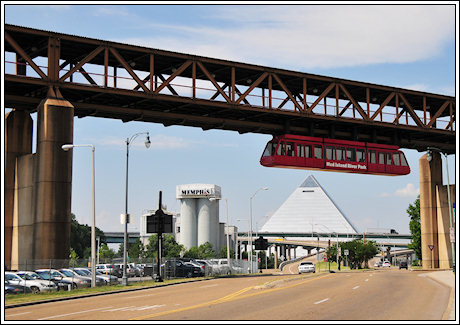 We drove to Arkadelphia, Arkansas and spent the night, and on Wednesday, July 8, 2009 we tried our luck at Crater of Diamonds State Park. Any diamond you find is yours to keep! We rented the necessary supplies and picked a spot to dig…. 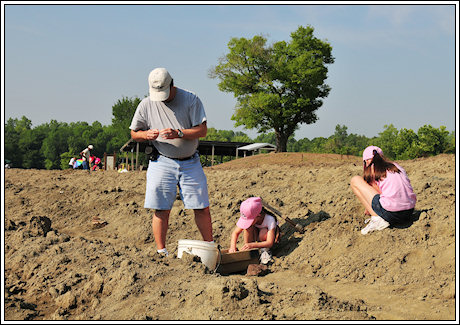 …. and wash. Wish I had gotten a shot of Sara’s very dirty shirt! We found some pretty rocks, but no diamonds. 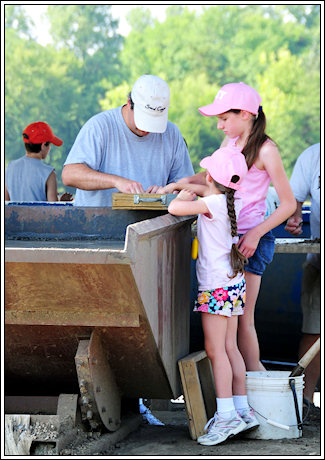 By lunchtime the girls had ad enough and wanted to leave (it was hot!!!) so we headed to the park restaurant for lunch. In the end, we kept what we found, and called them diamonds 😉
The girls were disappointed that they didn’t find any diamonds, so we headed to the Happy Prospector Gemstone Mine, a nice little tourist trap where you can buy big buckets of sand that have been enhanced with pretty colored glass gem stones, fake arrow heads and shark’s teeth (sharks in Arkansas??). We all had fun washing the sand away and finding all the pretty stones.

After a long day in the hot sun, we stopped at a hotel in Hope Arkansas and cooled off at/in the pool.

On Thursday, July 9, 2009 we only had a short drive home and our busy, fun-filled vacation came to an end.

This entry was posted on 18. August, 2009 by TheDailyClick. It was filed under August and was tagged with Arkansas, Crater of Diamonds, Diners Drive-ins & Dives, Elvis, Graceland, Memphis, Photography, Pool, Swimming.